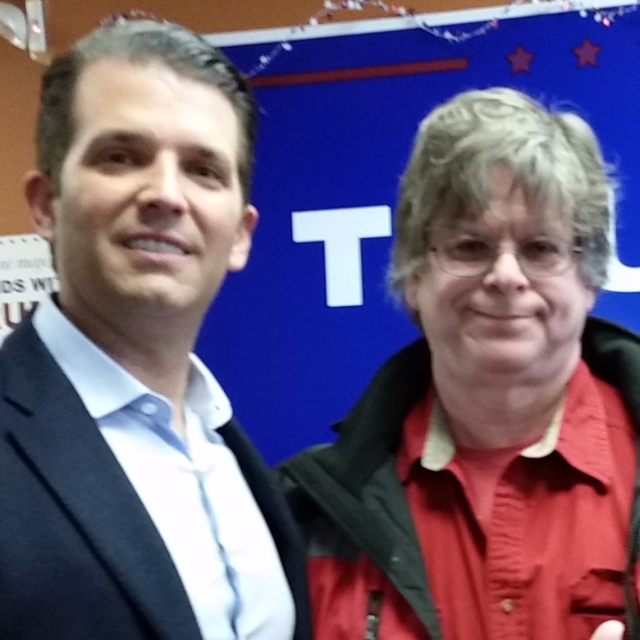 You may recognize the people in the photo, they look rather close. We chatted for twenty minutes or so. Absolutely nobody cares that we talked about family, history, polls, integrity, revolution, manufacturing and poetry! I came away from the meeting thinking that the Trump’s are capable and intense people. Just for a bit of background about the meeting, Don Jr travelled a considerable distance to see me. He was very impressed with my truck. I would say there were about a dozen people in attendance, my memory is not the best. I know there were both Republicans and Trump supporters in attendance. The meeting happened before the election.

Unions eventually ruined Precision Valley by continuously demanding greater wages and going on strike. The workers were happy with their wages, however the unions wanted to go on strike. Have to wonder if there was influence from the Soviet UNION. Whey would the unions put themselves out of business otherwise? Sure I have no direct proof, only second hand hearsay. However in today’s age of fake news this Russian collusion to shut down our manufacturing industry is just as real, if not more so than the reported Trump Russia collusion.

You don’t have to believe me, but remember, the mainstream has a history of being continually wrong.